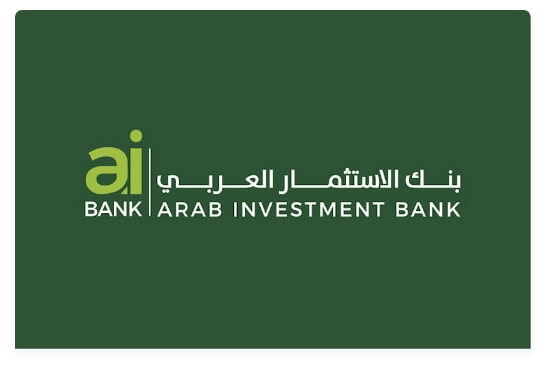 EFG Hermes Holding S.A.E. and the Sovereign Fund of Egypt are pleased to announce that they have received the approval of the Central Bank of Egypt to conduct due diligence on the Arab Investment Bank. The parties aim to acquire 76% of the capital of the Bank mostly through a capital increase as well as potentially through the acquisition of some secondary shares from the National Investment Bank, the current majority shareholder. In case of transaction completion, EFG Hermes Holding S.A.E will have an ownership in the Bank of not less than 51% and the Sovereign Fund of Egypt an ownership of not less than 25% with the remaining stake continuing to be held by the National Investment Bank and the Federation of Arab States.

Commenting on the receipt of the approval to conduct due diligence from the Central Bank of Egypt, Ayman Soliman, CEO of the Sovereign Fund of Egypt said, “The partnership with EFG Hermes comes as part of the Fund’s strategy to cooperate with the Egyptian private sector to invest in promising sectors and in particular financial services and FinTech. I am a strong believer in the Egyptian banking sector, which continues to present strong growth opportunities for investors with great potential to compete and expand regionally and into Africa. I look forward to the successful completion of this transaction in the coming few months.”

From his end, Karim Awad, Group CEO of EFG Hermes Holding added, “The receipt of the approval to conduct due diligence from the Central Bank of Egypt is an important step in a strategy that we started several years ago and that aims to transform EFG Hermes from a pure play investment bank

into a universal bank that also provides both banking and non-banking services to its clients in its home market, Egypt. We are thrilled to be partnering up with the Sovereign Fund of Egypt on this exciting initiative that I hope will be the foundation for further cooperation in the future.”

It is important to note that the completion of this acquisition is subject to a number of factors including the completion of satisfactory purchasers’ due diligence, agreement between the parties on the different contractual agreements and obtaining final approval from the Central Bank of Egypt. Accordingly, shareholders need to exercise due care and take these factors into consideration when trading the share of EFG Hermes Holding S.A.E. during the coming period.

About the Sovereign Fund of Egypt

The Sovereign Fund of Egypt was established in 2018 to attract private investments to Egypt and promote co-investment in state-owned assets to maximize their value and contribute to the growth of Egypt’s economy.

The Fund is independently managed by senior executives hailing from the private sector. It’s tasked with selecting public assets in cooperation with different state bodies, and developing them with local and foreign investors and financial partners in order to maximize their value, increase the private sector’s role in the economy and generate employment opportunities for Egypt’s youth.

The Fund operates in accordance with international best practices, from its clear and flexible investment focus allowing it to form a wide range of partnerships, to its governance. The Fund is overseen by a board of directors and a general assembly consisting mainly of private-sector professionals.

The Fund is also a member of the International Forum for Sovereign Wealth Funds, an organization dedicated to promoting cooperation between SWFs around the world and advancing dialogue, research and self-assessment among its community.

The Sovereign Fund of Egypt was established in accordance with Law 177 of 2018; its articles of association were published in February 2019 by Prime Ministerial Decree no. 555 of 2019

With a current footprint spanning twelve countries across four continents, EFG Hermes started in Egypt and has grown over 35 years of success to become a leading financial services corporation with access to emerging and frontier markets. Drawing on our proven track-record and a team of more than 5,500 talented employees, we provide a wide spectrum of financial services that include investment banking, asset management, securities brokerage, research and private equity to the entire MENA region.

In 2015, EFG Hermes launched the NBFI Platform, EFG Hermes Finance, overlooks activities in the non-banking finance field through leasing, microfinance, fintech, factoring, mortgage, insurance and e-payments. This falls in line with the Firm’s strategy to focus on two main pillars: product diversification and geographic expansion into non-MENA markets, which has seen the Firm establish a physical presence in Pakistan, Kenya, Bangladesh, Nigeria, Vietnam, the United Kingdom and the United States.